Input is always the first step in learning Chinese. The basic input is sounds, words, patterns, meanings, and grammars. The basic output is student's ability to listen (recognise the sounds) and to speak (recognisable Chinese text). To measure how successful students are at learning Chinese, we measure students' output against their input. The closer they are, the better of the learning outcome.

To illustrate Chinese learning input and output, we'd like to discuss an internalisation process, with an example of a young boy learning how to tie a shoelace. His parents demonstrate and explain the sequence of tying a shoelace: the first step is ..., then you do this ..., followed by this ... etc. Thus, this boy learns the basic theory of tying a shoelace. However, this does not mean he can do it successfully at the first try, even several tries. He needs to practice on the theory many times. Until one day, he can tie a shoelace very well. We can say he has a successful transition from input to output. At this point, does he need to remember the theory every time when he is tying a shoelace, or he just ties a shoelace without thinking about it? Everybody can look into his/her own experience and say this boy just ties a shoelace without even thinking about it. So what happened to the tying-shoelace theory? An internalisation process has happened. The theory of tying a shoelace has been internalised into his practice, his output. 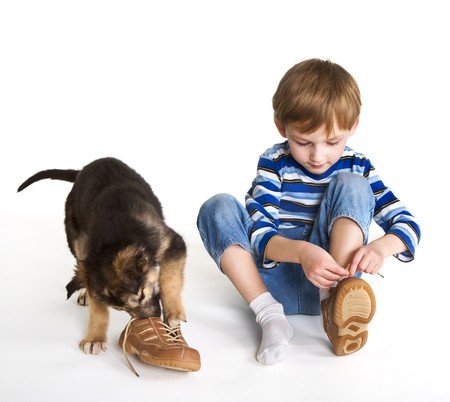 A similar process happens to students who are learning Chinese. Students need to internalise all the sounds, meanings, grammars and etc. till the point they don't even think about all of these things when they listen and speak. They just do it. However, harder than tying a shoelace, this language internalisation requires much more deliberated practice and takes place in a much longer period of time. The practice, for second language learners, must be targeted and level appropriate.

It is quite a science to design and execute all the practicing exercises, which must not be too hard, neither too easy. More often than not, Chinese teachers tend to make practice too hard, such as encouraging beginner students talk to their Chinese friends, or watch a film. Students won't get much out of this kind of practice. They pick up one or two words, waste most of the time, while feel frustrated.

Once good practice is administered, students can make progress quickly. The basic input is gradually internalised into students' output. After the transition is made, the students do not need to recall all the rules as they listen to and speak Chinese. It's just like we can tie a shoelace without thinking about how to tie it.