The gulf between pinyin and Mandarin Chinese pronunciation

During the 2018 winter Olympic, the host city Pyeong Chang in South Korea had an international exposure. That brought its name to many people who had not learned Korean, including many major English-speaking network newscasters, who could not pronounce “Chang” correctly, i.e, as Koreans would do. The “Chang” became “Chay-ing”. The English-speaking channels in Hong Kong did the same. As “Chang” is spelled the same and also pronounced similar as Chinese pinyin, I commented, jokingly, that if the newscasters had learned Mandarin, they would have got it right. In a related scenario, many people who have not studied Mandarin could not pronounce pinyin right, such as my name “Zhang”. To many English speaking people, it became “zay-ing”.

Pinyin, which literally means “spell sound”, is a romanisation of Chinese characters. It is supposed to make it possible for other nationals to pronounce Chinese names, such a person’s or a city’s name, when they do not have the faintest idea of how to read Chinese characters. However, pinyin always fails to do so. Indeed, not only does it not lead to correct pronunciations, but it gives people a chance to mispronounce Chinese. Without training, people read pinyin according to their own phonetic habit and interpretations. The Chinese name “He” becomes “he”, the Chinese city Xi’an becomes something completely unrecognisable.

This mispronunciation brings out something interesting about pinyin, that pinyin is not self-explanatory. People must learn to pronounce it right.

Learning pinyin has great advantages. First of all, it visualises Mandarin Chinese sounds and helps students, especially beginner students, “see” those different and unique sounds in writing. Also, it can replace Chinese characters briefly and become a viable alternative way for beginner students to get a quick start to speak Mandarin. Comparing with thousands of Chinese characters, pinyin is much easier. But it is not without its difficulties.

The difficulties of pinyin

The structure of pinyin is simple, and usually contains three parts, the initials 声母, the finals 韵母, and the tones 声调. Students generally find some initials are hard to pronounce, such as “j, q, x”. They quite often mix up certain finals with other languages, such as “e, i, eng”. And the majority of the beginner students claim that they can not differentiate the four tones.

The best way to overcome these difficulties is time and repetition. After sufficient repetition over a long period of time, students will get both the sounds and the tones right.

Repetition is not as simple as following the teacher three times. If a teacher asks students to repeat after her/him three times, this teacher inadvertently turns herself/himself into a recording machine. That greatly diminishes a teacher’s functionality. If a teacher corrects students whenever they make an error on their pronunciation, this teacher interrupts the flow of learning. Indeed, it is very annoying when a teacher corrects pronunciations all the time. The students will feel stupid and defeated, while the teacher gets annoyed as well.

I had some personal experience how terrible it was many years ago when I was in the middle school and began to learn English. My pronunciation was terrible. There was one time, a friend and I had a private tutoring session with a teacher. My friend did all right, but I had problems. I thought I pronounced exactly the same sound as my friend did, but my teacher did not think so. He corrected me many many times and eventually got so upset that he tossed the chalk to the floor. I never had any private tutoring any more. That in fact might have helped me. Gradually, towards the end of high school, my pronunciation was considered clear and natural.

Also, students are encouraged to work on their own. It is probably more relaxing when there isn’t a teacher breathing down on their necks. They can listen and repeat after the recording, or watch some YouTube videos. There are many video out there on the internet teaching people pinyin. I also made one (https://youtu.be/L26nHXIZ0mo). However, my video hardly attracted any viewers.

There are also pictures of mouth showing how to pronounce certain sounds. However, some people may find this kind of diagrams hard to follow. 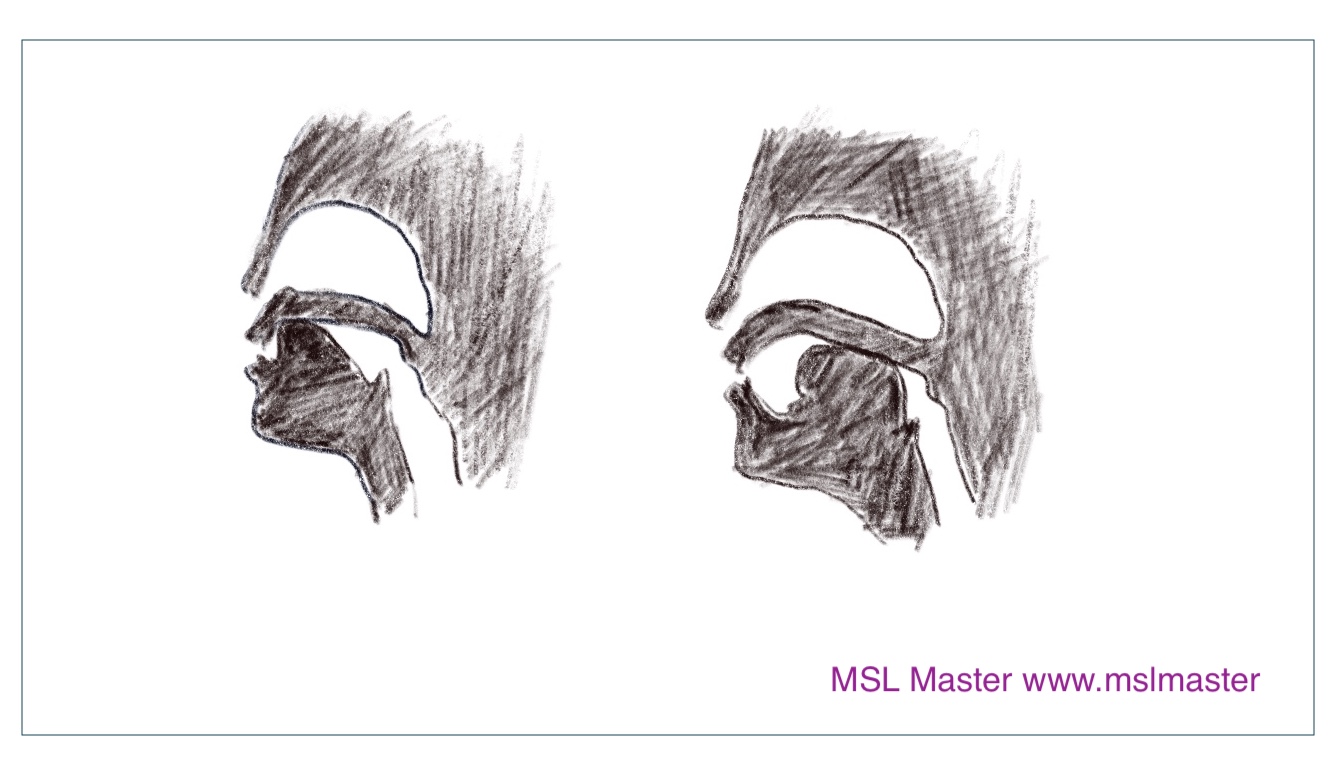 As long as students keep spending small chunks of time here and there to practice frequently, sometimes with a teacher’s help, sometimes without, their pronunciation will definitely get better and better.

The problems of pinyin

According to Wikipedia, pinyin was developed in 1950s by many linguists, and was revised several times after it was first published in 1958. I am not a linguist, and certainly not going to revise pinyin. This discussion is only my observation after many years of teaching.

The most confusing final is “i”. For people who have studied pinyin, they know the sound of “i” is like “ee” in “bee” in English. It is straightforward for students to pronounce “di” and “mi”. But “i” does not sound like “ee” at all in “zhi, chi, shi, ri”, and changes again in “zi, ci, si”. If we pronounce “qi”, “chi” and “ci”, we can not find anything in common. Therefore, in order to clear up the confusion, in Mandarin Express Intro Level A Student’s Book, I put a note in Lesson 1, telling students to think “i” as a silent final when it is in combinations of “zhi, chi, shi, ri, zi, ci, si”. When necessary, I will remind them this note until they get used to it.

The other confusing final is “ü”. Sometimes the two dots are there, and sometimes they are not. When the two dots are not there, it has the same appearance as another final “u”. Comparing “bu” with “xu”, these are two different finals with the same look. This confusion could have been avoided if the linguists had declared that the two dots must always be there, that we must write the two dots for the purpose of differentiating the two finals for ever. But they did not. Therefore, I had to put another note in Lesson 1 and remind students from time to time.

For the initials, “r” is a confusing one. For example, “r” in “ren” and “rang” sounds so different. The best way to deal with it is not to put too much emphasis on “r” alone, rather to practice the whole syllable.

There are other confusing elements in pinyin. Sometimes, the same element can be really confusing to one student, but not to the other.

The gulf between pinyin and natural speech in Mandarin

Even when students get pinyin right, they will sooner or later discover that, in real life, no one speaks according to pinyin scripts. The truth will hit them that pinyin and Mandarin pronunciation are two different things. This is the biggest problem of pinyin, that, in natural speech, Chinese characters and words change their pronunciations constantly, and the pinyin which represents them is no longer correct without substantial modification.

The common and the most noticeable one is the third tone, which in diagram often shows the pitch goes down and comes back up. It is a hard tone for many students. And some students were taught to move their heads along with the tone, so that they could remember it. Besides being funny, students have no reason to do that, because, in natural speech, the third tone in Mandarin is hardly ever pronounced a full throaty down-and-up. There is also “一” and “不”, whose tones often change in sentences. And there are four different changes for the neutral tone, and so on. I included some major points in Mandarin Express series, and left out many, which require the attention of a linguist.

Chinese people don’t speak Mandarin according to pinyin. It is the other way round, pinyin must be defined and manipulated to fit the speech pattern of ordinary Chinese people, who, by the way, often speak with some accents.

To overcome this gulf of difference between pinyin and Mandarin pronunciation, students must have adequate listening input and sufficient speaking practice, and make speaking Mandarin as their second nature.

A simple conclusion we draw here is that pinyin is a useful tool for non-Chinese speakers to learn Mandarin, and that learning pinyin is only a tiny step towards Chinese language proficiency.